I believe that science and technology in this industrial world often demonstrates an increased usage of various chemical and biological compounds that possibly play an unexpected role in causing various health hazards. These compounds that enter into the human body through various routes are unintended precursors for many enzymes in human physiology which transform them to various toxic intermediates. The hence generated metabolites interfere with cellular processes and eventually could lead to toxic mechanisms including carcinogenesis.

My master’s thesis research on mutagenicity of tryptophan metabolites in presence of metal cofactors has developed a strong urge in me to work towards an advanced degree in toxicology.  In my undergraduate and graduate training I gained hands-on experience in basic molecular lab techniques for cloning and expression of genes and in specific toxicology methods such as the Ames test.

I strongly believe that the intense training in the University of Iowa Interdisciplinary Human Toxicology Program will mold me into a proficient toxicologist and allow me to contribute to human health research.

Current Research: My research interests are primarily focused on the metabolism of xenobiotic compounds/drugs, and their physiological effects on human health.

Gadupudi GS, Klingelhutz AJ, Robertson LW. Diminished phosphorylation of CREB is a key event in the dysregulation of gluconeogenesis and glycogenolysis in PCB126 hepatotoxicity. Chem Res Toxicol. 2016 Aug 10. [Epub ahead of print], PMID: 27509375. 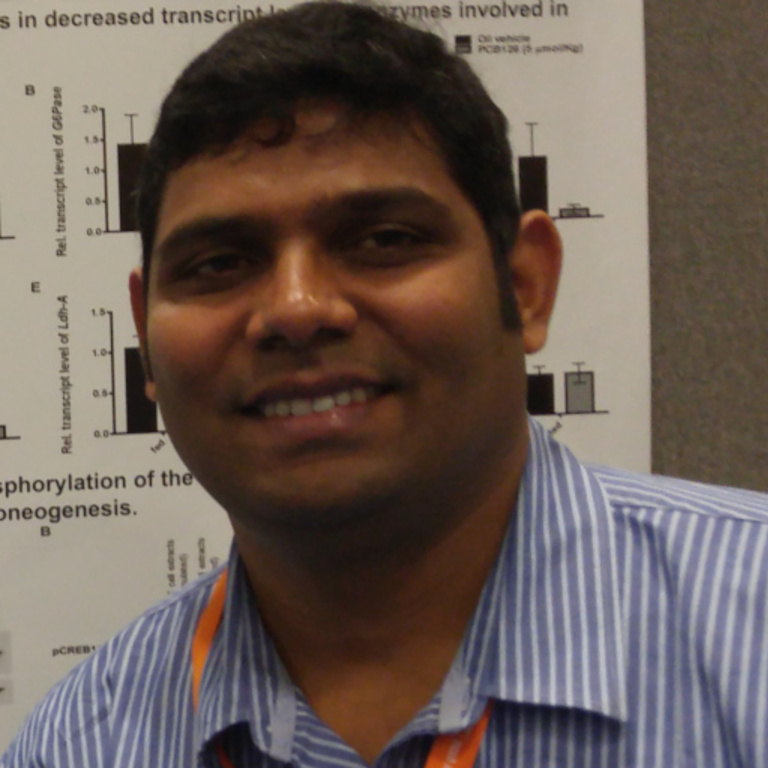